Wondering what the word “Bhaji” (Baja-gi) in Green Plantain Bhaji means. Well I was trying to link it to Wikipedia so it would be easier but the Bhaji that was described was totally different then I expected. It was what we call Bhajia, which are deep fired fritter made with garbanzo bean flour, onions, spices, baking soda and chopped cilantro. So I would not be wrong in saying that it is a common slang in Goa and some parts of Indian that “Bhaji” (mind you J is not pronounced as H in Indian) means cooked vegetables.

Green Plantains is not a typical Goan dish but is cooked quite a bit in the north part of Goa and since I grew up in the south it was not common. I got introduced to plantains by my husband as his mum is from the state of Kerala where plantains are consumed the most.

Kerala is a coastal state just like Goa and is down south. On a side note, it is believed that St Thomas landed in Kerala and just like Goa has a huge Christian population which is mostly made of Orthodox Christians and you wont believe… a very tiny percent of Jews who still have a synagogue in Kochi. Apart from the Portuguese who landed first in Kerala then followed by the Dutch and English. It also has the highest Literacy Rate in India.

When I cooked the Green Plantains, I realized that they are a good substitute for potatoes. It does not have a lot of flavor and is very dry and waxy to taste. Also since it has more resistant starches, it makes for a lower GI food. You can check the following article.

Serve this Green Plantain Bhaji as a savory side with rice or bread. It is vegetarian and vegan friendly. Not a fan of Green Plantains then try out my Green Beans Recipe. 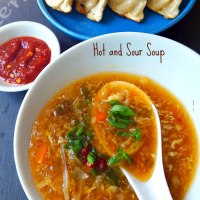 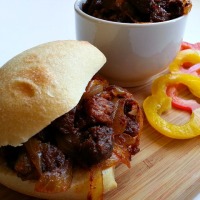